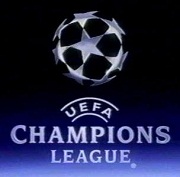 Like qualified champions in the Champions League, AS Roma and Real Madrid are fighting for the first position in the group, a status that can provide them with a weaker opponent in the best of the competition. See below which bet picks I chose for this game.

AS Roma occupies the second position, having a weaker goal than his opponent, winning 2 goals more than this, having so far the disadvantage of direct matches. He comes after a double with TSKA Moscow, managed to impose both games in Rome and Moscow, trembling until the end of the away game, although he has evolved in the last half hour in numerical superiority.
Real Madrid is the leader of this group, having 9 points, being equal to his opponent, but having a better goal, 10 goals scored and 2 goals scored. He comes after a double victory with Vikoria Plzen, 2: 1 in Madrid and 5: 0 in Plzen, trembling in front of this opponent, 2: 1, in the Madrid game.