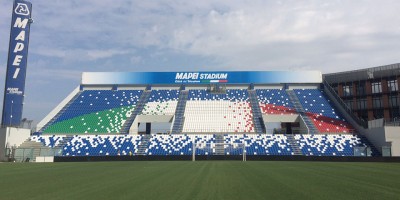 Spezia make the trip to Mapei Stadium-Città del Tricolore on Friday for the Serie A showdown with hosts Sassuolo. Home form has been pivotal for Sassuolo lately and they should have too much for Spezia who have struggled of late.

Sassuolo have been on the rise and are unbeaten in their last five Serie A matches. They are currently 10th on the table, eight points behind fifth placed Atalanta. The hosts still hold a slim chance of securing a Europa Conference League spot for next season.

Sassuolo Calcio come into the match on a run of five league games undefeated. They have picked up 11 points from a maximum of 18 from their last six Serie A matches. The Black and Greens shared the points in their last league match away to US Salernitana, in a four-goal thriller. Expected goals of 1.6xG apiece highlight how evenly matched the two sides were on the balance of chances created making a draw a fair result in the end.

There have been seven meetings between Sassuolo and Spezia. The hosts have won five of those games and have lost just once. The other meeting between the two teams ended in a draw.