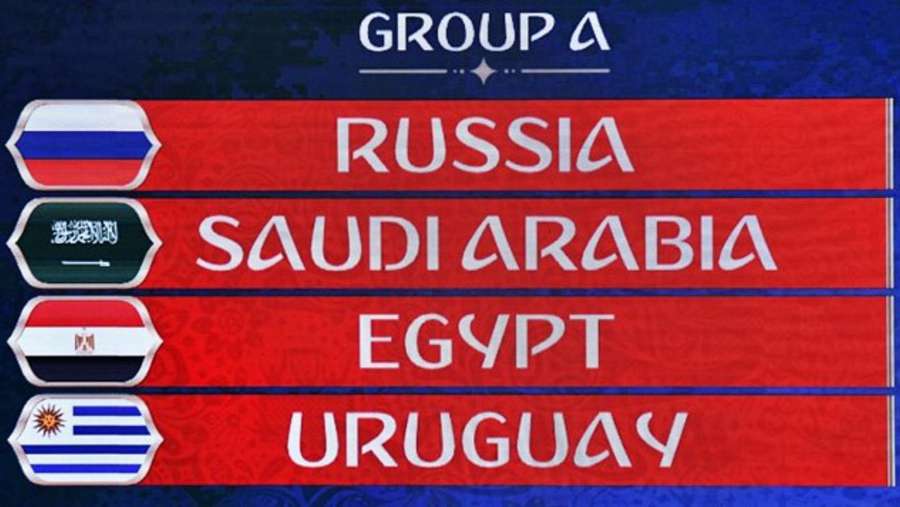 Group A in the World Cup is the most anticipated. It will open this match at this new World Cup edition. The teams that were assigned to this group are Russia, which is the home team, Saudi Arabia, Egypt and Uruguay. On June 14, the match between Russia and Saudi Arabia will also mark the opening match of this World Cup edition.

Russia has reached this edition of the World Cup as an organizing country. The Russians are the first to organize such an event and will have a fantastic support. The host’s technician Stanislav Cherchesov has made up a majority of the football players who are evolving in the domestic championship. The big problem with the Russians is that lately they have very few official matches, the Confederations Cup.

Saudi Arabia returns to a world after 12 years of absence. In this very strong group they are favorites at the last position of the group. In the last three presentations they did not succeed. If we look at previous experiences and the opponents that the Saudis meet in general, we can conclude that any point made by sheiks is a surprise. Maybe only with

Egypt to make claims, but that’s hard too.
Egypt is the finalist of the African Cup last year. All the dreams relate to Mohamed Salah, the best player of the season of the wheelchair is uncertain for this competitive. Liverpool’s star will be helped by six other colleagues evolving in England. Egypt will fight Russia for the second position of the standings and automatic for qualification further.

Uruguay has managed to win the World Championship twice but it has been a long time since. The attack is among the toughest in the world with Cavani and Suarez. Uruguay has gone through some difficult preliminaries – in the South American group, the team finished 2 on Brazil, In terms of batch, Uruguay clearly hopes to one of the first two places in Group A and we believe has great chances to meet its goal.

Uruguay wins the group, odd is 1.75
Saudi Arabia is on the last position, odd is 1.40
Luis Suarez golgeter in the group odd is 3.00