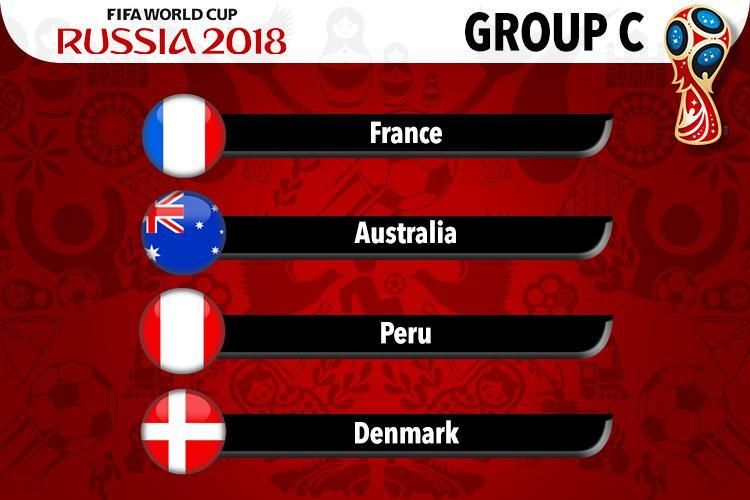 Group C of the World Championship seems to be one of the most unbalanced groups. Here it seems that we have a big favorite for the first position but for the second place. France, Denmark, Australia and Peru are the teams that make up this group. It would be a great surprise if the two bands in Europe would not qualify.

France is one of the greatest trophy favorites. The French think about the big trophy and the chances to get it are pretty big. They are quoted with the fourth chance to bet. Didier Deschamps leads this selection and the qualifying campaign was a lighter one, winning a group in front of good opponents like Sweden and the Netherlands. France has high value players who can make a difference anytime. In this group I start with the first chance to get the first position.

Denmark has grown a lot in recent years and has a band with claims to the world’s top phases. I start with the second chance in the group and it seems hard to believe to be able to fight with France. They had emotions in terms of qualification, being forced to play barracks, where they crossed Ireland. It is based on many young players but has already confirmed in club teams.

Australia has a team that is worthy of surprises, even if they have qualified with emotions at the final tournament. They just caught the barrage and eliminated Syria hard. Bert van Marwijk has been on the bench for several months but he has not played an official match yet. The kangaroos start with the last chance in this group, and at first sight they will fight Peru for the third position, which is only one of the record.

Peru is a national with a fulminant rise in recent years, and this is also seen in the performance of the past. From this point of view he faces many heavy names in world football. He qualified with enough emotions from the South American preliminaries. He finished fifth and went to the Intercontinental Dam where he crossed New Zealand. This qualification is seen as a holiday because they have not been to a World Championship for a long time.