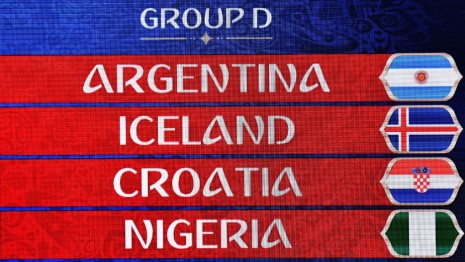 Group D at the World Championship is in my opinion among the most interesting, if not the most disputed. We have a giant from South America, two spectacular nationalities in Europe and one of the best teams of African content. The four teams that make up this group are: Argentina, Iceland, Croatia and Nigeria.

Argentina is ranked with the fifth chance to win the trophy. Pumps come from the finals of the last World Championship. He had a rather hesitant qualification campaign. He ranked third in the South American preliminaries, but had to fight until the last stage to be sure of qualifying. Team Leader is Leo Messi. From this, a lot of things are also expected with Argentina’s team.

Iceland is one of the surprises in this world and will surely impress you after doing the last EURO. The Nordic have impressed in recent years and here they are for the first time in history at the World Championship. They are the kind of team that can mess up anyone at all times. What is certain is that I am a team to watch at this World Cup.

Croatia is one of the most spectacular national Europeans, but rarely confirmed in such final tournaments. He has high-quality players and on a good day he can beat anyone on the go. At first glance he will fight Iceland for the second position in this group. Qualification came with plenty of emotions. He finished second in the preliminary team and went to the dam.

Nigeria is one of the most powerful national of the continental African. He also played five World Championship final tournaments and three of them managed to cross the group. He did not have any emotions in the preliminaries, winning the final group without defeat even if he evolved in front of strong opponents. Nigeria also has her chance in this group and can take advantage of it. We can expect anything.